Unlike last year, the broken rib have a good explanation this time, as I ran directly into a tree during the first training on our 2 weeks training camp in Portugal... A broken rib sounds like a quite serious injury, but actually we didn't realize that it was broken until Wedensday this week, 2 weeks later, when I had it scanned.

The day after the hit I was sore in the area around my left chest, but I didn't feel anything when I was running, and actually I completed the planned training the first week of the camp, but the pain got more intense and was narrowed down to one area of one of the ribs. We had our physio with us, and she wasn't worried about the injury, as a hit on the ribs can be quite painful. But on a high-speed training in the beginning of the second week I realized that the pain was suddenly serious and that I couldn't run and breathe normally anymore. We decided to give it a couple of rest-days, to see if it got better. I was only walking some orienteering for 3 days while it was quite painful, but then suddenly it felt better, and I tried to run again. I was careful and on the first trainings, but I wasn't feeling much pain, and the running didn't make it worse. During the last 2 days of the camp I was traninig more or less normal, and this week has also consisted of quite much training back in Århus, and the pain are almost gone now.

Still I had it scanned on wedensday to see if it was possible to see anything, and we were all quite surprised to see a clear "crack" in my rib on the ultrasounds-scan. Nevertheless, I'm still advised to train as much as I can without pain, since it has been so much better the last week. So I'm carrying on with the last part of the winter-training, knowing that I have a broken rib in my left side and a weak right shoulder. I just have to stay on my feet...

The shape is not bad, as it sometimes has been in February, and I'm looking forward to the beginning of the season, which will start next week with Pan-Våren in Sweden, Danish Champs 10k in two weeks, and Danish Spring in three weeks, before a two week training camp in Slovenia.
Posted by Tue Lassen at 16:25 2 comments:

Abstract from my master thesis

Several orienteers have asked if they could read my master thesis, after I announced that it was handed in some days ago. Since the assignment haven't been evaluated yet, I don't want to publish all of it, before I get some feedback from the supervisors. Not that it is secret, but it's nice to know if something is wrong before I publish it. Until then, you can read the abstract, which will give the main conclusions from the study. 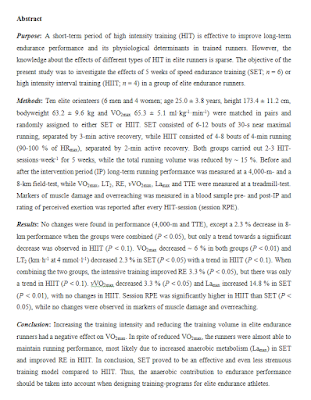 On monday I finally handed in my master thesis in Sports Science, 7½ years after i started my education in Oslo. After some tough weeks of work it's nice to get focus back on training and especially recovery again.

Even though I have been busy with my master thesis the last couple of months, the training has been flowing quite good since I started running again in the beginning of November after I dislocated my shoulder. It has been 10 weeks of good basic training with a least 100km running/week and 8 weeks between 120-155 km/week. It has been more running on hard surface compared with earlier years, trying to get faster toward the sprint. The intensity-distribution has been quite similar as usual, with very little training on the highest intensity, focusing more on threshold training and long easy runs.
The last 2 weeks have not been optimal though, since I got sick two weeks ago. Last week I was in Sjusjøen, Norway, with a good combination of cross-country skiing an master-thesis work, but not much running though.

It has been really nice finally to hand in my master thesis, because even though I have been able to train well, I have been quite stressed the last 3-4 weeks. Now it's 100% focus on training and recovery the next 6 months, to be at my best at EOC and WOC. It starts on monday, with a 2 week training camp in Mira, Portugal, with the Danish National Team. I'm looking forward to a great season... 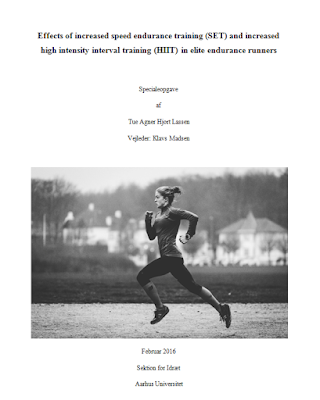