And I'm not even talking about the SI-system, but mostly about my own performances and also about the locations and courses of the sprint-relay in Halden and the sprint in Lysekil. "Classic Norwegian and Swedish Sprint", someone said to me, and that's a good summerize.

The training has been working quite good in the last weeks, and I was optimistic about the competitions, and excited to see what my level is right now.

My program was the long distance on wedensday, sprint-relay on friday and sprint on saturday, since these are the distances I'm aiming for in WOC.

Unfortunately my long distance was ruined my stomach-cramps during the race and it was not possible for me to push hard enough because of that. Halfway through the course I realized that I would be far behind if I finished the race under these conditions, and since I had some important sprint-races the following days, I decided to quit.
It's never a good feeling to quit a race, but the long distance is the lowest priority at WOC, and most probably I would have tired out myself a lot if I had continued. Otherwise a good and tough course and terrain.

The stomach was better the following day, and the legs were feeling quite good at the model-event for the Sprint-relay. We (and everyone else I guess) were preparing for a tricky course in and around Frederiksten Festning, but instead the organizers let us run a forest sprint-relay. Very different from all other international sprints we have done, and hopefully not very relevant for WOC2016??
A forest-sprint is fun, but not suited for international events I think, because the advantage from running behind is much bigger in forest (especially in the steep and rocky areas in Halden). We saw it on first leg, where no one was able to run away, and it was a big group coming to the changeover in a long line, including runners who normally can't follow in a city-sprint. The courses still offered routechoices on some legs, but often you had to decide if you would take the "safe" long routechoice around on tracks, or if you would take the "risky, but potentially fastest" straight routechoice through some light yellow with cliffs etc. Maybe some earlier legs went straight and made some tracks in the grass? It's almost impossible to see from the map which is the fastest, and then it's not suitable for sprint in my opinion.
I ran the 2nd leg and started out in 3rd spot. I did well in the beginning, and took the best routechoices to the first controls. But the group made a mistake on 4th and took a bad routechoice to 5th, and suddenly the group was quite big. In the middle of the course I took 2 bad routechoices and I was suddenly in the back of the group. In the end I was struggling to follow, but managed to keep it together, and finished in 8th spot, 18 seconds behind. I was a bit dissapointed that I wasn't able to follow in the end, and had hoped for a better physical feeling. In the end we finished 2nd, after an incredible last leg from Emma, and that was a good result from us in a kind of sprint we're not used to.

When I looked a bit on the sprint-area of Lysekil the days before, I found good areas for a tricky sprint, and when the organizers announced that they would use extra fences, my expectations were high. But I must say, that I was dissapointed again. Some good legs, but also so many legs with no routechoices and so much running... They didn't use much of the interesting areas in the town-center, an the extra fences were put in weird places, not making a difference in routechoices. The long leg was ok, but when you use 1/5 of the race on a leg where the difference in all routechoices is not more than 5-8 seconds and all are easy to execute, it's not interesting in my opinion.
But even if the sprint was easy and boring in many places, I still managed to make some mistakes.
I didn't see some passages on the map in the beginning (control 3 and 4), and did some bad routechoices in the second part (control 5, 8, 10, 13). I'm not good enough to take the best routechoice when the choices involves climbing and stairs. A total timeloss of approx. 30sec is way too much, and simply not good enough if I want to copy last years WOC-results. Physically I was hoping for a better speed, and also here I have some work to do before the beginning of august.

One more thing I need to train before WOC is the SI-touch free punching. Because even if the race was cancelled due to problems with the system, I still managed to miss one well-functioning control in both my SI-cards, and would have been disqualified anyway. I think it's a shame that they are taking away the old SI-punching from the individual races, because I think that it was an important part of them. With the touch-free system you don't have to slow down, but that also means that before you have checked if you got registrered by hearing a low beep or watching a light from your SI-card, you are several meters away from the control. With the "old" system you know you're not registered if you don't hear a high beep from the unit. It also involved more "stop-and-go technique", which is a good part of sprint, I think.

I would have liked to run the middle because it looked really cool on the map, but now my focus is first on Jukola and then on good and hard preparations for WOC. 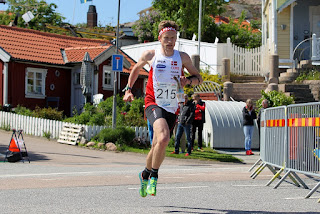 
amazing and nice looking site please love it and make more effective… keep it up.

Good day. I was impressed with your article. Keep it up . You can also visit my site if you have time. Thank you and Bless you always.