Danish Champion in Middle- and Longdistance!

After WOC I was very tired in every way and tried to relax as good as possible, but still kept in mind that World Games would start 2½ weeks later.
The trip to Colombia and The World Games was a great experience. The atmosphere in Cali and the support from the locals was amazing, and even though they are not used to organize events like that, things went smoothly most of the time... My shape was ok, but I had problems with jet-lag in the first sprint-race and couldn't perform as hoped. The middle distance was better, and I finished in 10th spot, after a ok race, but still with some stupid mistakes in the bamboo-jungle. The high-light of the week for the Danish Team, was surely the sprint-relay, as we had a strong team to fight for the medals. I was running 1st leg, and had the long forkings on the first 5 out of 6 possibilities, so I didn't see the leaders after the first control, even though I was running really well. Unfortunately I got a big bamboo-thorn through my shoe and into my big toe halfway through the race, and it was quite big (2cm), and impossible to get out, so I just had to live with the pain... Running on my heel and outer part og the foot wasn't very efficient, and I couldn't follow the group in the end. But the others did a good job and partly because of several mispunches, we came 2nd. A great end to the games.

Coming back to Denmark, me and Ane went almost straight on a holiday to Rome and Naples in Southern Italy. It was nice to relax and be tourist, but we still had some nice runs (espacially on Mt. Vesuvius and  the Amalfi Coast). 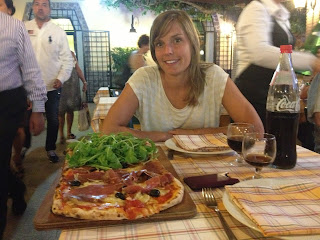 After 8 days of pizza, beaches and churces we went to Milan, and met the rest of the Danish Team on the way on WOC 2014 training camp in Asiago. I was good to get an impression of the terrains, even though I have been in almost all the embargoed areas and training maps with the National Team in 2006 and 2009 (except the sprint areas).

It is not often that you get the possibility to run in a new terrain and map in Denmark, but this year they got access to use Thorsø Bakker, south of Silkeborg. A great and quite hilly terrain, but also with some green areas, where you had to be careful. The map and course was good I think, maybe except the long leg, which didn't have much routechoice. I did a good technical performance and even though we got back from the training camp 14 hours before the race, I was still fast enough to win. 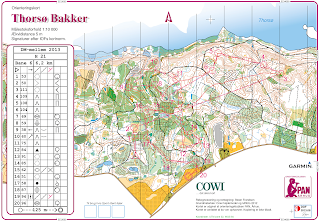 Danish Champs in Relay and Longdistance

This weekend Klinteskoven on Møn was again ready for 1000 Danish orienteers to fight for honour and glory. The forest is quite unique in this part of Denmark and it is always a pleasure to run here. This time was no exception. Søllerød OK and O-63 had really done a great job with the map, courses and the arena, and I can't find anything to complain about, which not happens often :)

In the relay, Faaborg OK's old stars Mikkel Lund and Christian Nielsen ran the 2 first legs and I ran the last. Pan Århus was too strong for us (with a comeback to a motivated and fast Søren Bobach), and I had a tough fight with Rune Olsen on the last leg. I took a better routechoice in the end and we got a silver medal.

The Longdistance was 14,9km. I did a very good race, and made only a few 5-10 seconds mistakes, and I also felt strong in my running. My performance was good enough for another goldmedal like last year, with Rasmus Djurhuus and Rune Olsen, 4 and 5 minutes behind. It's always difficult to say how good my race would have been compared to the best in the world, but when I looked at the course from EOC 2004 Longdistance in the same forest, I could see that my pace would just have been good enough for a goldmedal back then. And so would Emma Klingenbergs race in W21. Of course the courses were different, and the terrain has maybe changed a bit, but it's still good to know that my level is very high at the moment. 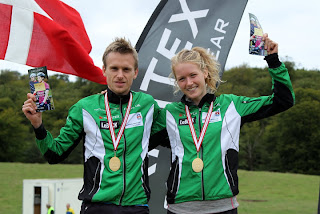 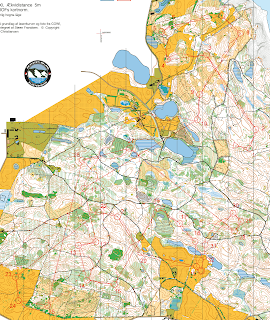 On thursday I will travel to Finland, to participate in the Finnish Champs in Middle and Relay. I have heard rumours about the qualification race, and that it is pretty difficult to make it to the final, with 320 runners in M21... But I will give it a try, or otherwise just save the energy for the relay on sunday where Vaajakosken Terä have several strong teams.