It's been almost ½ year since I wrote something here, and since I'm still continueing my career in orienteering, I want to give some updates.

The fall 2014 I devoted to my master thesis and the practical part of my project. Testing 2 different kinds of interval-training (30sec vs. 4min) on the runners in the elitecenter here in Århus. The testing and intervention was carried out in october-december, but I had to do quite a lot of preparations leading up to the pre-testing.
In general the intervention went well, but it was a very stressful time, when you have to keep track of the training and testing of 15 different runners. Making training-plans, motivate all the runners in the training, help the runners register every training-session, making adjustments due to sickness or injuries, keep track of the completed training in the 2 groups so it matches and so on.
But it was also a privilige to have the opportunity to make plans for some of the best runners in the world, and helping them in their daily traning.
The results have been a bit surprising, but they will still be quite useful in our future traning. Also the runners got more experience with different kind of traning than we're used to, and to be more focused on the intensity in their traning.
The last post-tests were carried out just before Christmas, and I haven't spent very much time on my project since then. Since the beginning of January my traning has been main focus, because officially I have a break from almost all my studies until WOC in August like last year.

In the fall I wasn't traning very much, most due to low motivation, but I also tried to work more structured with some weak parts of my body (achilles and around my hip).
I took part in the project myself, doing the 30sec-intervals, and it was interesting to see how my body reacted to this pure anaerobic training. I wasn't running that much during the intervention though, and in January I wanted to start a long and hard period of basic-training which is quite important for me, to be able to be in my best shape during the summer.
The training was going well for 4-5 weeks and I thought that my body responded well to an big increase in running-hours. In the beginning of February the Danish National Team went to Barbate in Spain for a 2 weeks training camp in warm and nice conditions.
I was very motivated and the first week went well with 19½ hours training including 17½ hours / 153km running (mostly orienteering).

I'm normally training quite much in the wintermonths and pushing the limits of what I'm capable of. But this time it was apparently too much. After a O-interval session on Tuesday last week, I started to get sore around my lower right ribs. Our Team Denmark physiotherapist wasn't so concerned about the pain I had, and thought it to be some kind of muscle stretch, because I hadn't fallen or hit something. I kept traning for 1½ day and it was sore but not too bad when I was running. But the second day after the injury the pain got a lot worse, and I was suddenly not capable of running. Also movements in the daily life was painful, and I started to fear the worst, because one of my ribs where extremely sore. I decided to go home on saturday, 4 days before the others, and the ultrasound scan on monday showed a complete fracture of one of my ribs. 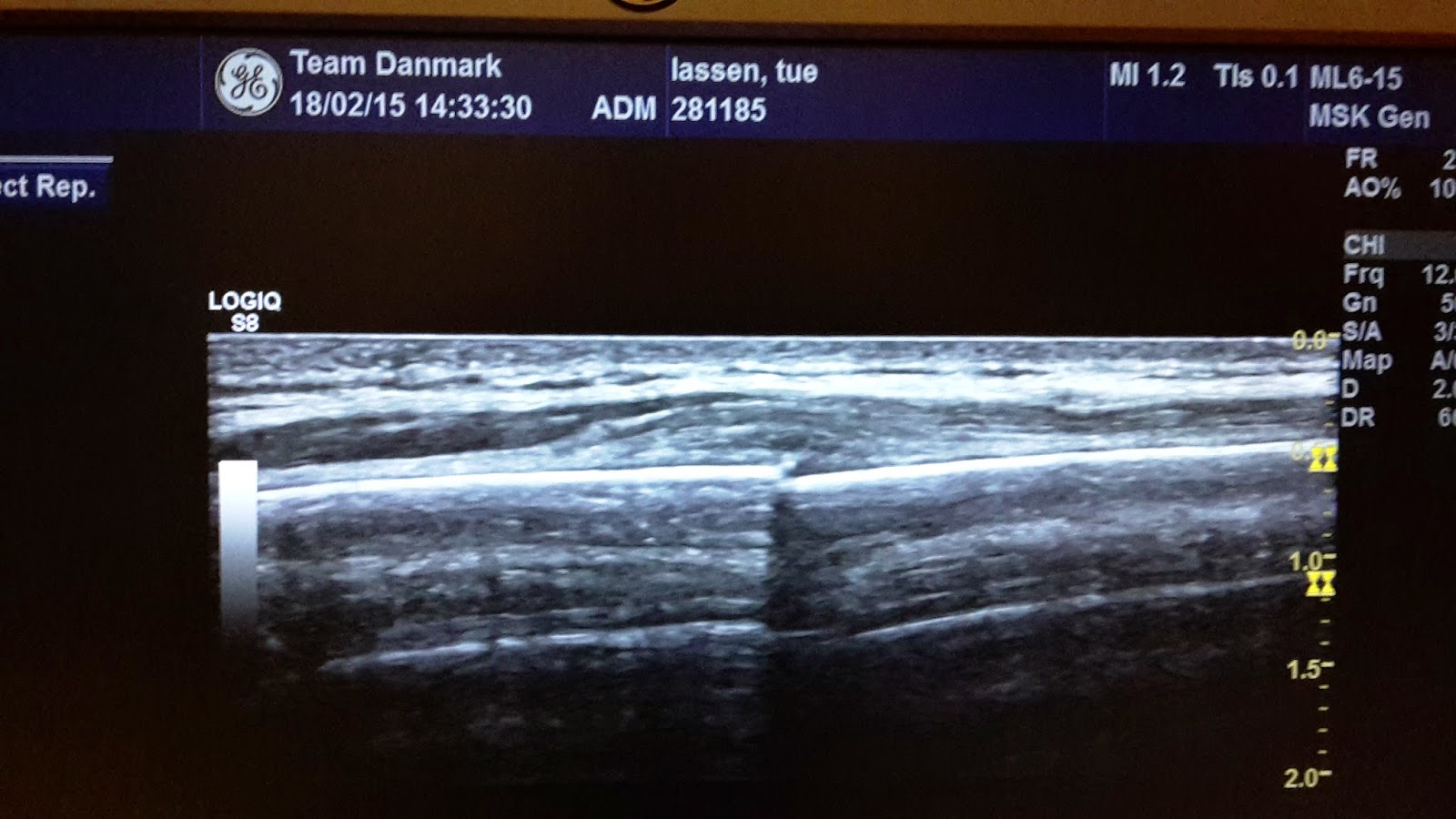 Now it's time for some rest, and rehabilitation of my rib. It's has been quite a surprise for everyone I have talked to, that a runner is capable of getting a stressfracture in a rib. The reasons for the fracture are not clear, but most likely too much breathing (from training) the last period maybe combined with some stress from strength exercises has been too much. The good thing about getting a fracture in my rib is, that it will be easier to get back into traning, compared to stress-fractures in the legs. I have to be careful with pushing my breath too much and with strength-training using my upper body the first couple of weeks. But easy biking is painless now, and if everything goes as planned, I can start running again in 3-4 weeks.
Of course this is not what I hoped for, but I have had worse injuries but still getting back in good shape again quickly. And it's still long time to WOC in Scotland in August. The season plan will be a bit different than firstly planned, waiting with the first competitions until the end of April. Next goal for me will be the training camp in England/Scotland in the beginning of April. I have to learn from this injury and be a bit more careful planning my training better in the future. It's easy to get carried away when things are going well, and you're very motivated. I will now use the motivation to do all the alternative training I can, so I will be as strong as possible when I start running again.

Hi Tue,
I had similar pains in my right lower ribs for three weeks, but it was due to my back after too much of skiing. It's ok now.
I know you can recover quickly and do the rehabilitation wisely, so you'll be back on track soon.
Be patient!

All the best for coming season and see you!
Kindly,
Jani

I once broke a rib running down stairs. Got a bad step and tilted my upper torso a bit to the side. It broke immediately and without any hit. I did not even fall down. Just a small twist to the side without support from the abs (because of bad step) and crack!
So it can come like that also.

Anyway, I was back running in 2 weeks.